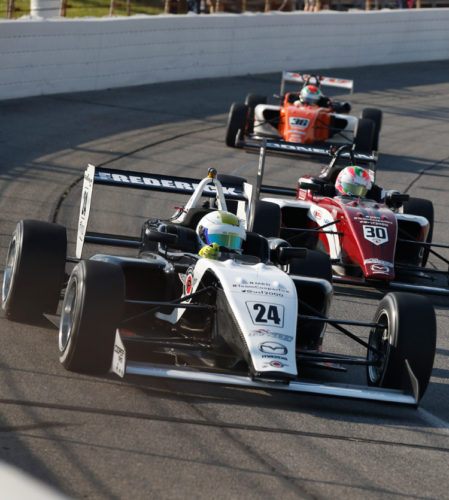 Starting qualifying in 5th place, Kaylen drove onto a green track with the first cars on the track for the day. Although Kaylen ran clean qualifying laps, track grip improved for later cars and lap times dropped for the late runners in the 21-car line-up.

Running fast & strong in the Pabst Racing USF2K No. 24 Kaylen Frederick moves forward and finishes 2nd in the Freedom 75 at Indianapolis!!! Kaylen was closing the gap on 1st when the checkered flag fell with the 2nd fastest lap at 22.677!

Kaylen Frederick, 15, from Potomac, Md., finished second in a race that was cut from 75 to 58 laps due to time constraints following a couple of lengthy full-course cautions. Pabst Racing rookie teammate Rasmus Lindh, 16, from Gothenburg, Sweden, rounded out the podium in third.

By Lap 25, the leader Kirkwood held a comfortable advantage of around 3.5 seconds over Lindh, with Baron another 1.6 seconds behind in third, struggling to hold off the attentions of Pabst teammates Lucas Kohl, from Brazil, and Frederick. Next up in sixth was Irishman Keith Donegan (ArmsUp Motorsports), enjoying by far his best run of the season thus far after winning the Mazda Road to Indy USF2000 $200k Scholarship Shootout last fall.

Four laps later, the caution flags waved for the first time when Baron, still in third place, tangled with the lapped car of Russell McDonough (BN Racing) in Turn Three. Baron’s car ended up parked heavily against the wall. Neither driver was injured. Moments earlier, Frederick had completed a timely pass on Kohl for what now became third place.

The final restart came at the beginning of Lap 50, but once again Kirkwood had no difficulty in keeping the rest at bay. In his wake, an aggressive restart by Frederick saw him sweep past Lindh into second place in Turns One and Two. The Swede tried his best to redress the balance in the closing stages, but it was to no avail as Kirkwood took the win by 1.2695 seconds, and Frederick held Lindh at bay for third. 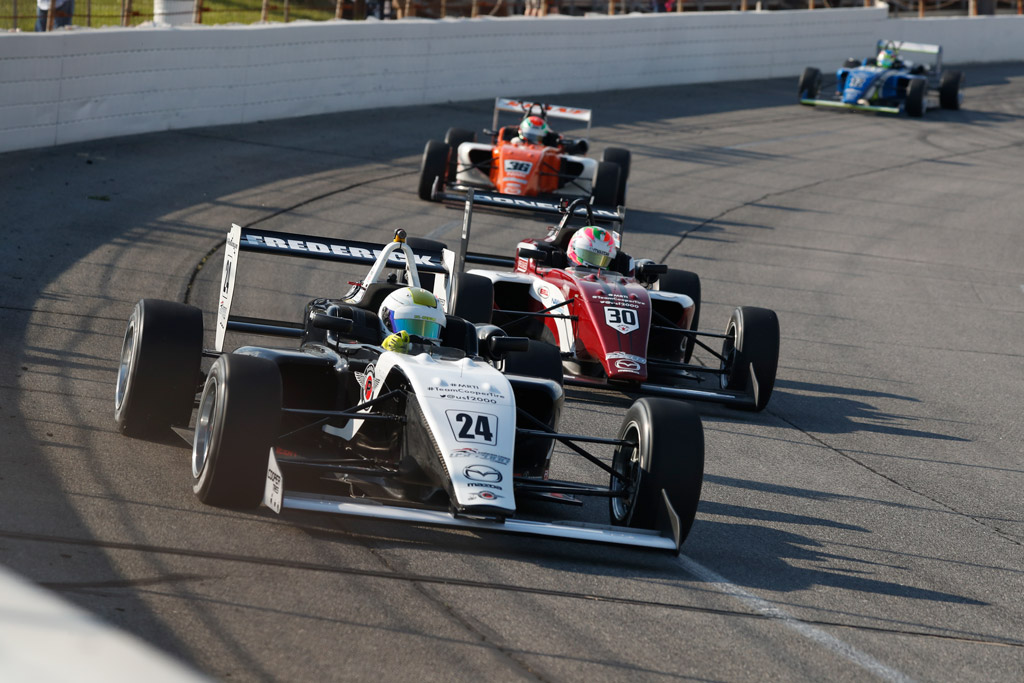 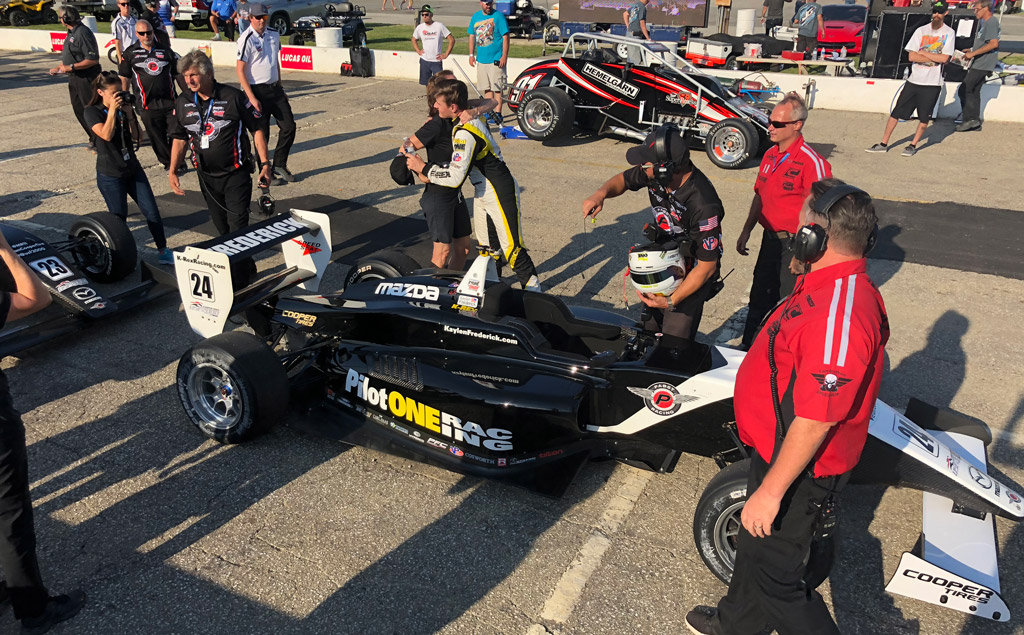 Kaylen Frederick (#24 Pilot ONE Racing-Pabst Racing Tatuus-Mazda USF-17): “It was great to run up front and chase for the win. I have struggled this season due to unavoidable contact in three out of four races, through no fault of mine. Even though the Pabst Racing car No.24 and I have been quick, we do not have anything to show for it. In this race, I had a good start, worked my way forward and worked the restarts. The whole race was about looking where you could find clean air and make a move, and adjust to what drivers ahead of you were doing. Although I have experience on an oval from the Iowa Speedway race last season, the Lucas Oil Speedway is a different track. Here you are often moving on the outside and diving in for the pass, but passing on the inside isn’t that easy. I’m now looking to carry the momentum from this race into the championship and the Road America races in 3 weeks.” 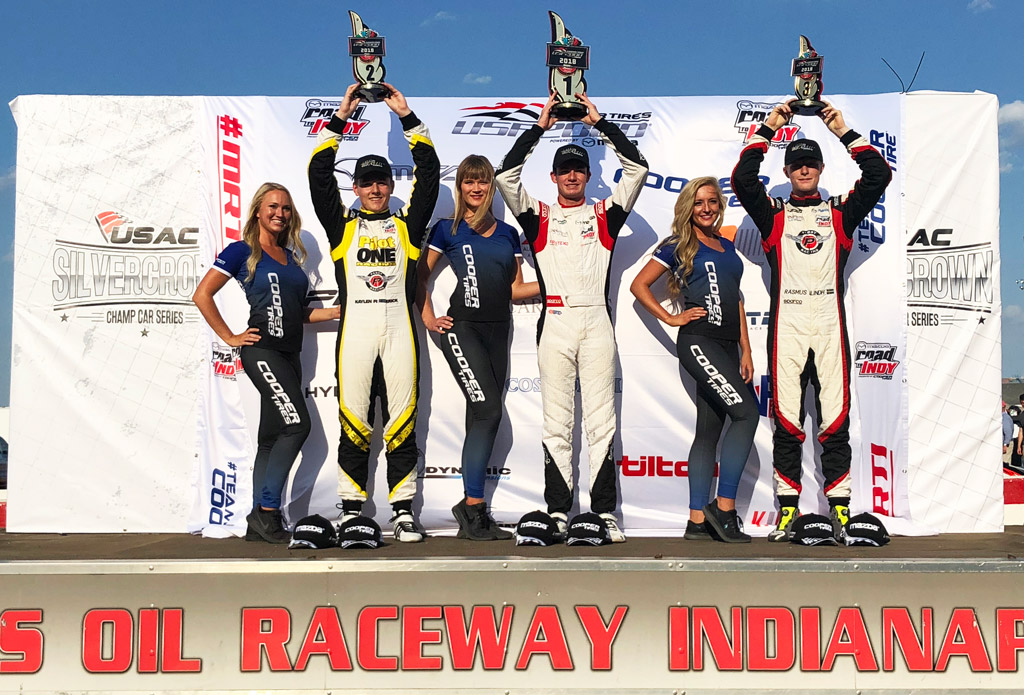 A brush with the wall early in the race – and the race hardware: