For The Beautiful Photographs of FIA F3: Credits to James Gasperotti Photography

Pilot ONE Racing driver Kaylen Frederick qualified 1.5 seconds off the polesitter in P22. Although Kaylen was the highest qualifier of Carlin, all three of the team drivers failed to achieve a fast lap. As at the previous F3 round at Barcelona, Carlin drivers were far off the pace of the leading and established four teams of Prema, Trident, ART, and MP. Back in the Carlin tents, the search for speed and improved setups burned into the late night hours. 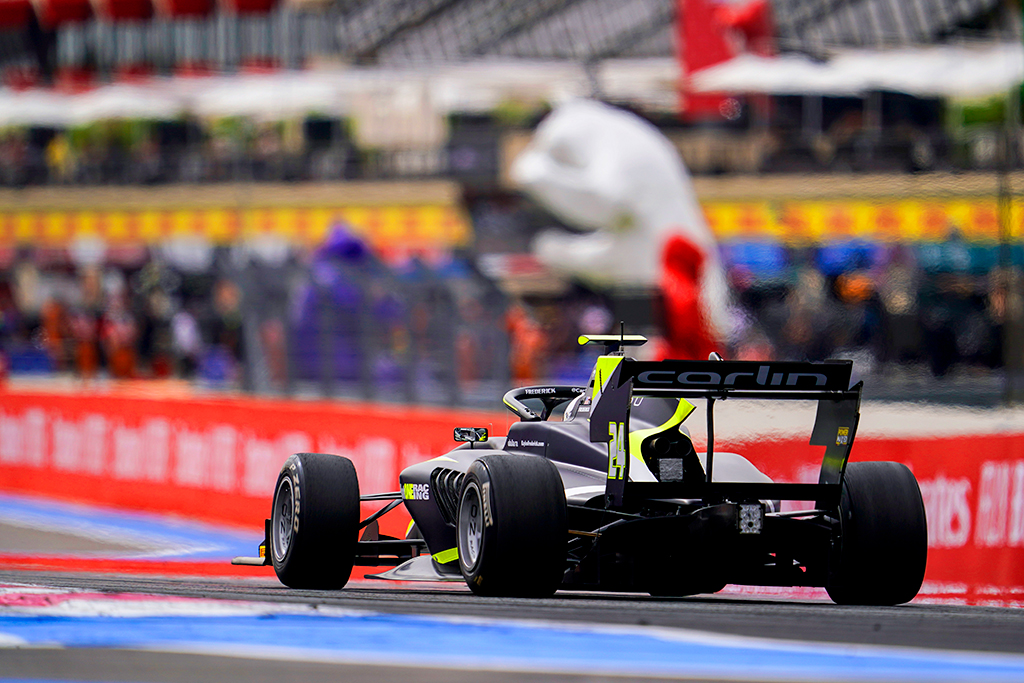 As the lights went green Kaylen Frederick pounced to a brilliant start and gained 5 positions. Just a few laps into the race, a déjà vu of the previous race event in Barcelona played out. Kaylen struggled to match the pace of the other drivers and repeatedly fell out of the DRS one-second range as the car couldn’t keep pace with the drivers ahead. This recurrently dropped Kaylen into the grasp of attacking cars behind with DRS enabled. After running P17, although defending admirably, Kaylen finished P20.

With another prodigious start at the green flag Kaylen gained 4 positions. However, lack of car speed prevailed throughout the race. Again, with no pace on tap the No. 24 Carlin car was repeatedly overtaken. At the checkered flag Kaylen crossed the finish line in P22. 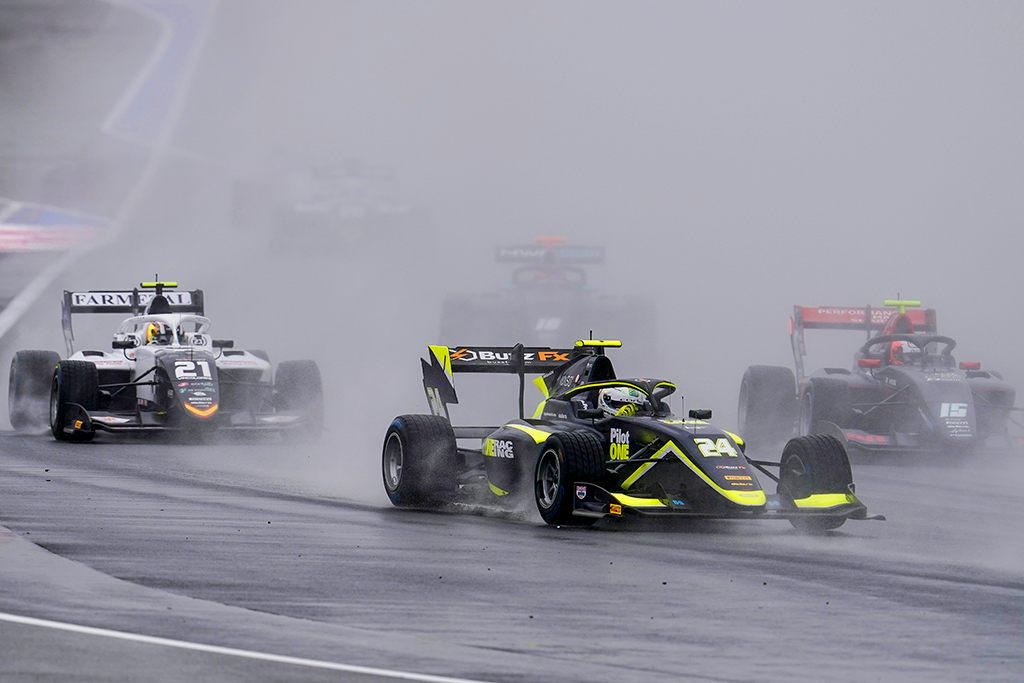 While all drivers rolled up to the pre-grid on slicks, raindrops began to fall. The race director called the race ‘wet’ prompting hasty switches to rain tires. Showers ensued shortly thereafter, and the race was started on a very wet track. At race start, a driver ahead of Kaylen stalled and in turn delayed the launch of all drivers in the column as they took avoiding actions. Once underway, Frederick gained one position on the opening lap. Thereafter, Kaylen was able to put his experience with wet driving to good effect and steadily moved places forward advancing positions one at a time. On lap 13 after being passed by the strong charging Prema driver Arthur LeClerc, Kaylen Frederick locked up in Turn 3 and was forced to take the run-off road, losing time to LeClerc in front as well as pursuers. After several laps of tire cooling and management, Kaylen picked up the pace in the last three laps and caught up with the pack of five drivers ahead. While within .5 seconds and DRS in his grasp on the final lap, the race was run and done with Kaylen finishing P17. 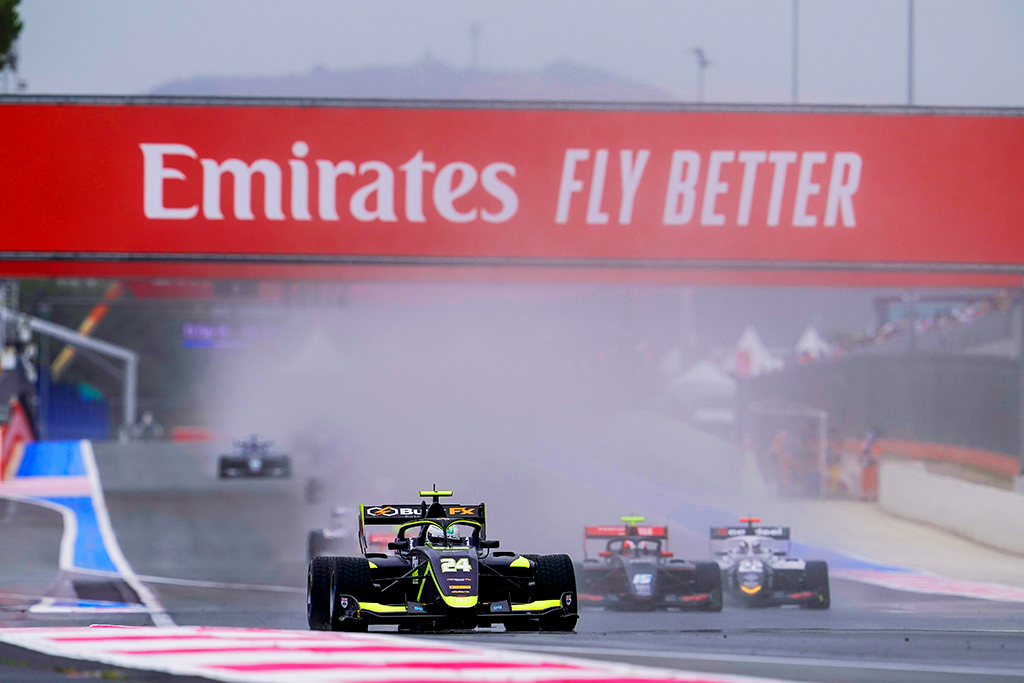 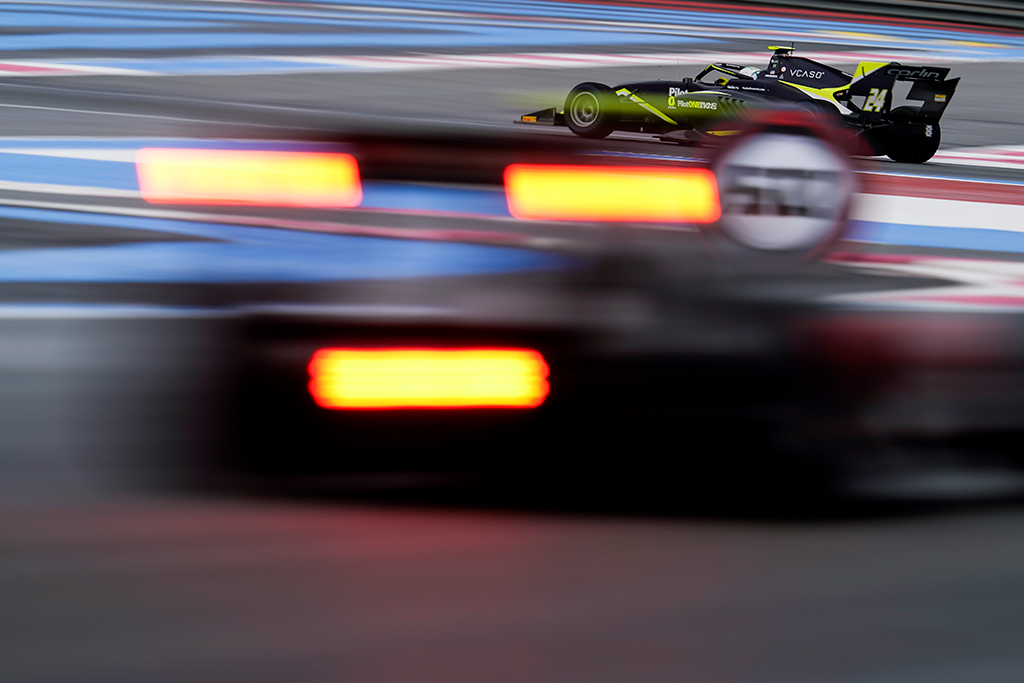