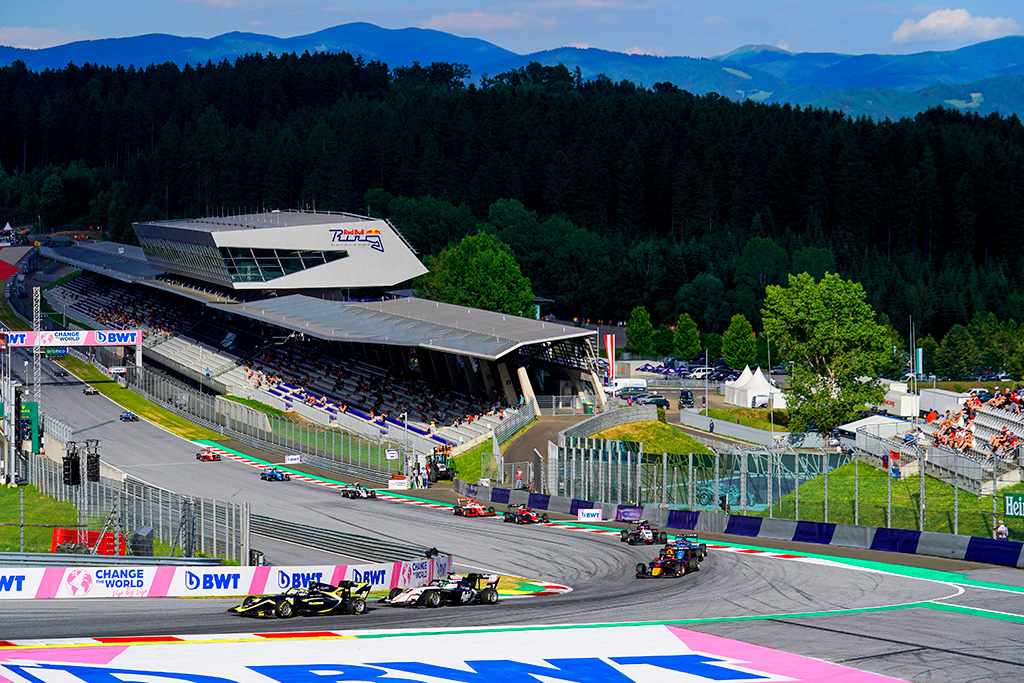 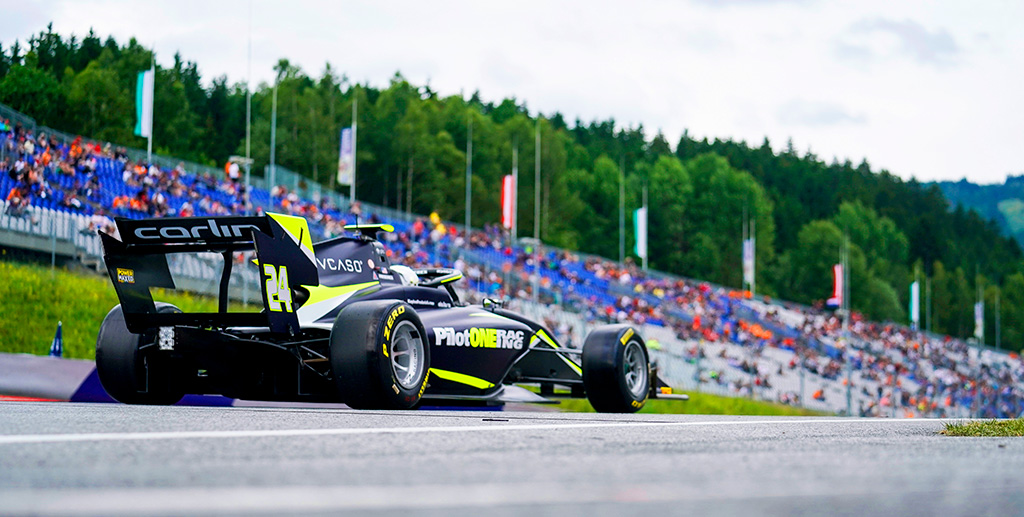 Pilot ONE Racing driver Kaylen Frederick qualified .5 seconds off the polesitter in P16 with a time of 1:20.235. The highest qualifier of the team, and finding more pace since the Round 2 Paul Riccard races, Kaylen is coming to grips with the Dallara FIA F3 chassis and power. 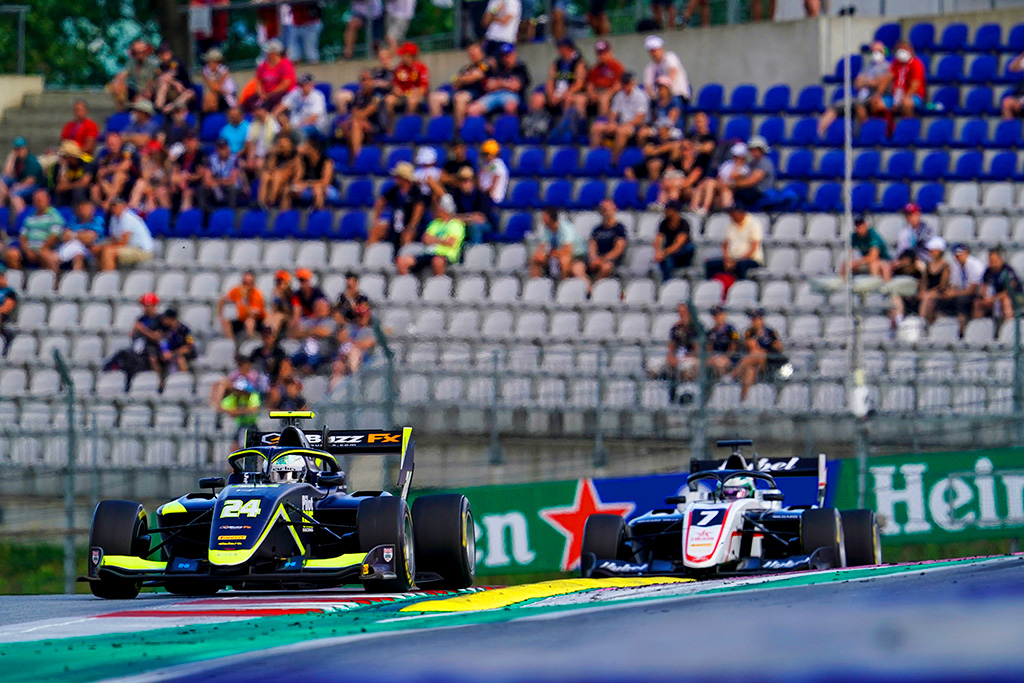 The warm-up lap foretold of issues in the approaching start. Launching with a compromised clutch, Kaylen fought into Turn 1 yet held his position. Moving into P15 on lap 5, in the early laps Kaylen was able to gain positions through DNS and captured P14 on lap 12. On lap 13 Kaylen was forced over the curbs at Turn 3 with an overly ambitious pass attempt by Williams (later penalized). Working his way forward, Kaylen’s result was strengthened through penalties applied post-race, resulting in a ninth-place finish. 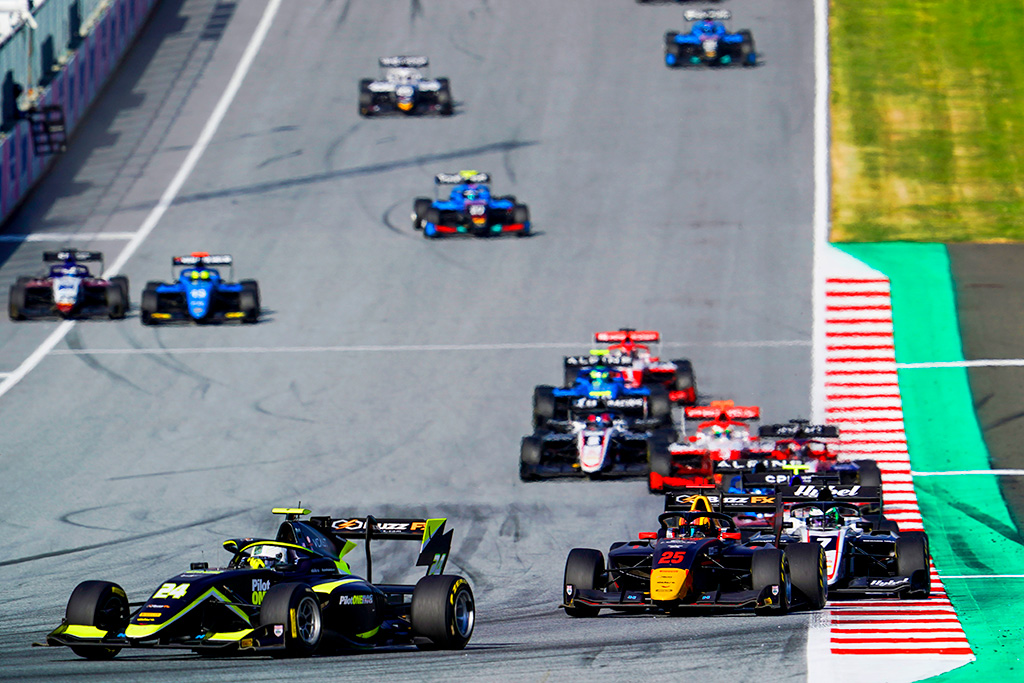 Starting P4, as the lights went green the reigning BRDC British F3 Champion Kaylen Frederick fought into Turn 1 and slotted into fifth. Fighting off repeated pass attempts of Mercedes Junior Driver Vesti on laps 9, and 10, Kaylen defended his position and moved into fourth place on lap 11. On lap 12 Frederick tangled with Juan Manuel Correa in 3rd place in sector 3 and ended his weekend prematurely. Kaylen was holding off Vesti, both braking hard and late with high pressures while Correa and broke early and light, and the closing speeds were high. Correa in third broke hard looking for the cutback and reduced his speed drastically. With no place to go, Kaylen collided with Correa sending them both in a spin. Immediately following the impact, Frederick retired from the race due to hand injury with only 12 of the 24 laps completed.

Official FIA F3 Announcement: “Kaylen Frederick was transferred to Universitatsklinikum Graz Hospital following an incident during Saturday’s second race at the Austrian venue. FIA F3 Championship organisers later confirmed the American suffered a fracture and dislocation of his left thumb, which has forced him out of the remaining race of the weekend.”

The 19-year-old had enjoyed a strong start to the weekend, having climbed from 16th on the grid to finish ninth in the opening race, claiming his first F3 championship points in the process. 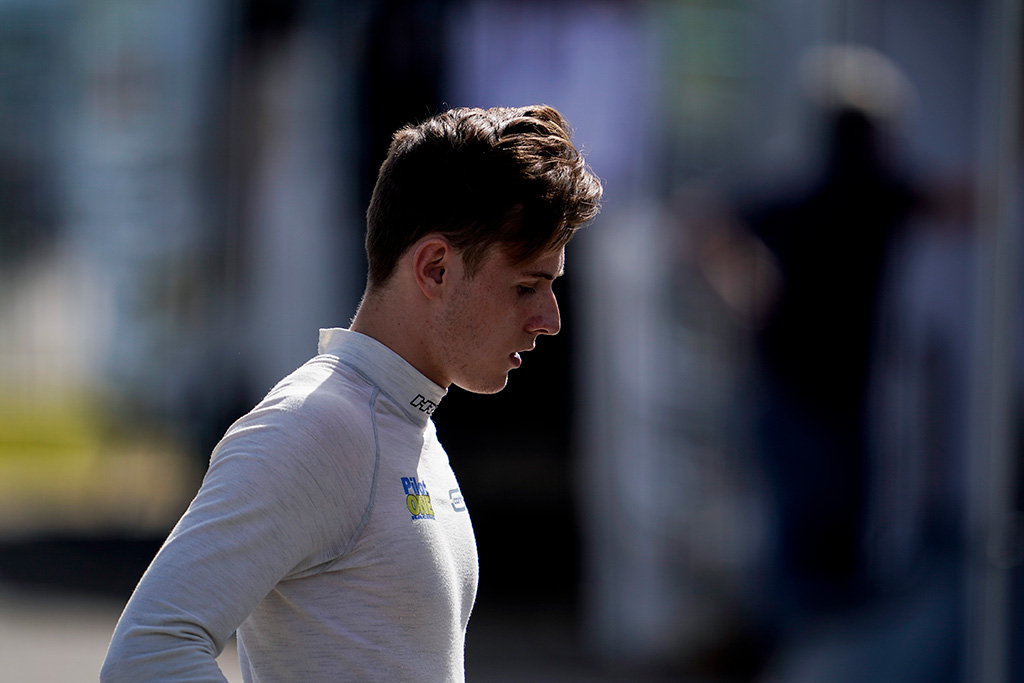 The FIA announced that, following an incident during the FIA Formula 3 Race 2 on Saturday July 03/07/21, in Austria, the driver of car #24, Kaylen Frederick, was taken to Universitatsklinikum Graz Hospital for investigation and treatment of a hand injury. He was found to have a fracture dislocation of his left thumb. He is otherwise well but will take no further part in racing this weekend.
Statement: FIA Formula 3 Race 2, Austria

Update July 10th, 2021: Driver Kaylen Frederick/Pilot ONE Racing
Kaylen Frederick is scheduled for surgery on July 14th to repair tendons to his dislocated left thumb. Unable to attend Round 4 at Hungaroring, Kaylen will continue hand and physical therapies in anticipation of a strong return for the races at Spa-Francorchamps in August. Many, many thanks to all the well-wishers and support from followers of FIA F3, Kaylen, and Pilot ONE Racing. 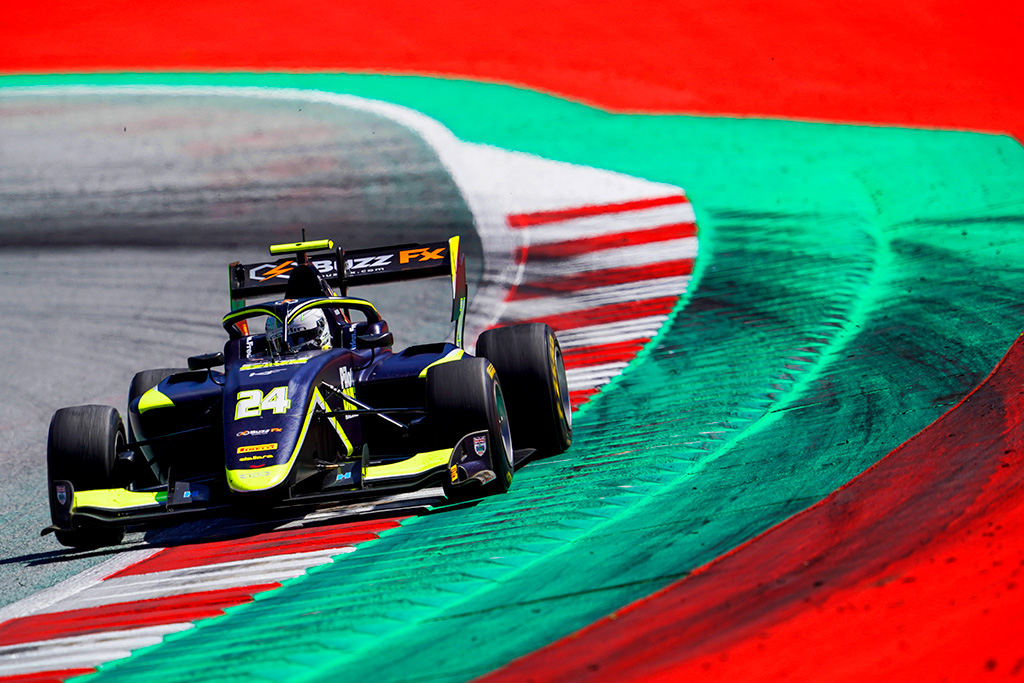