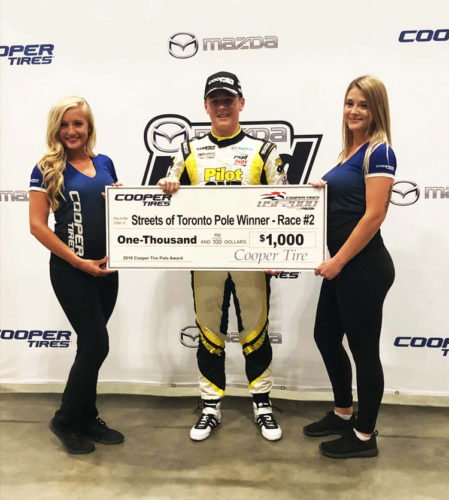 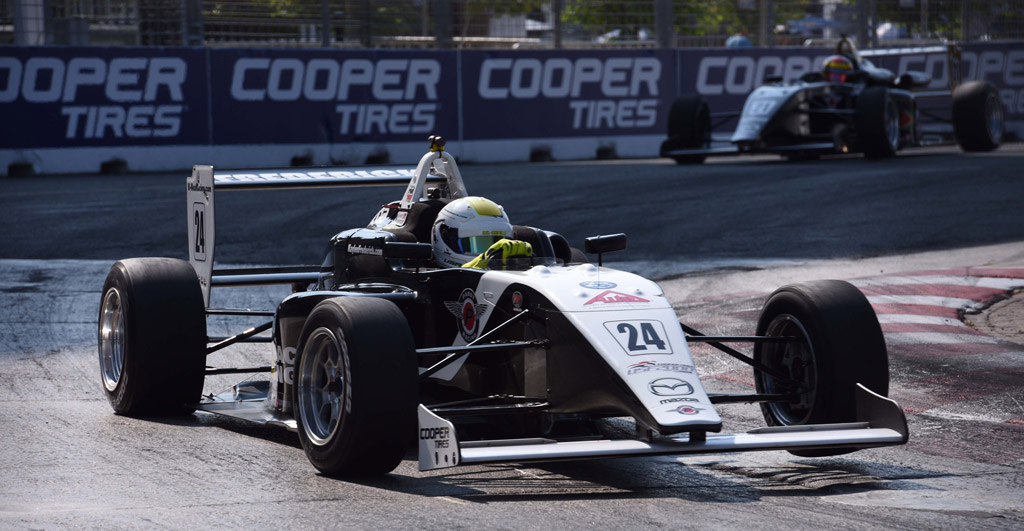 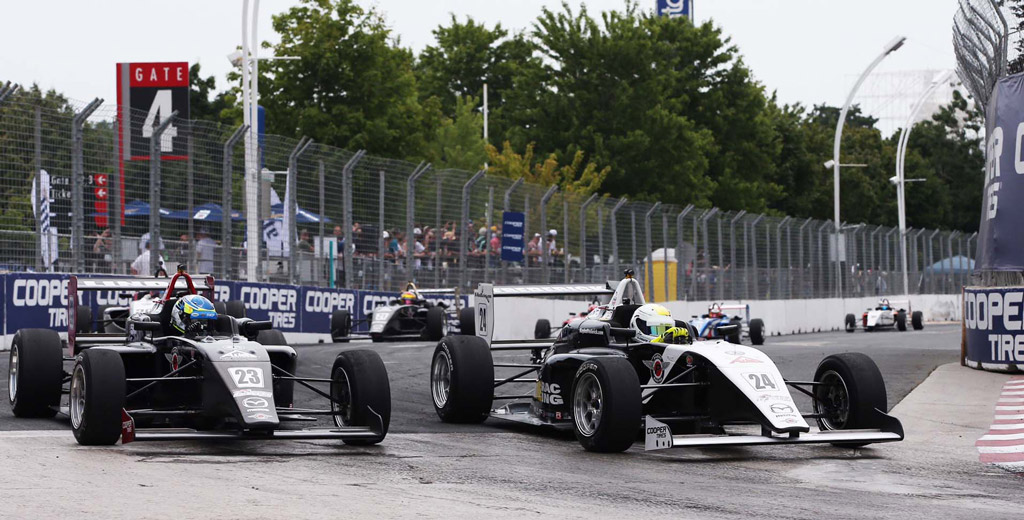 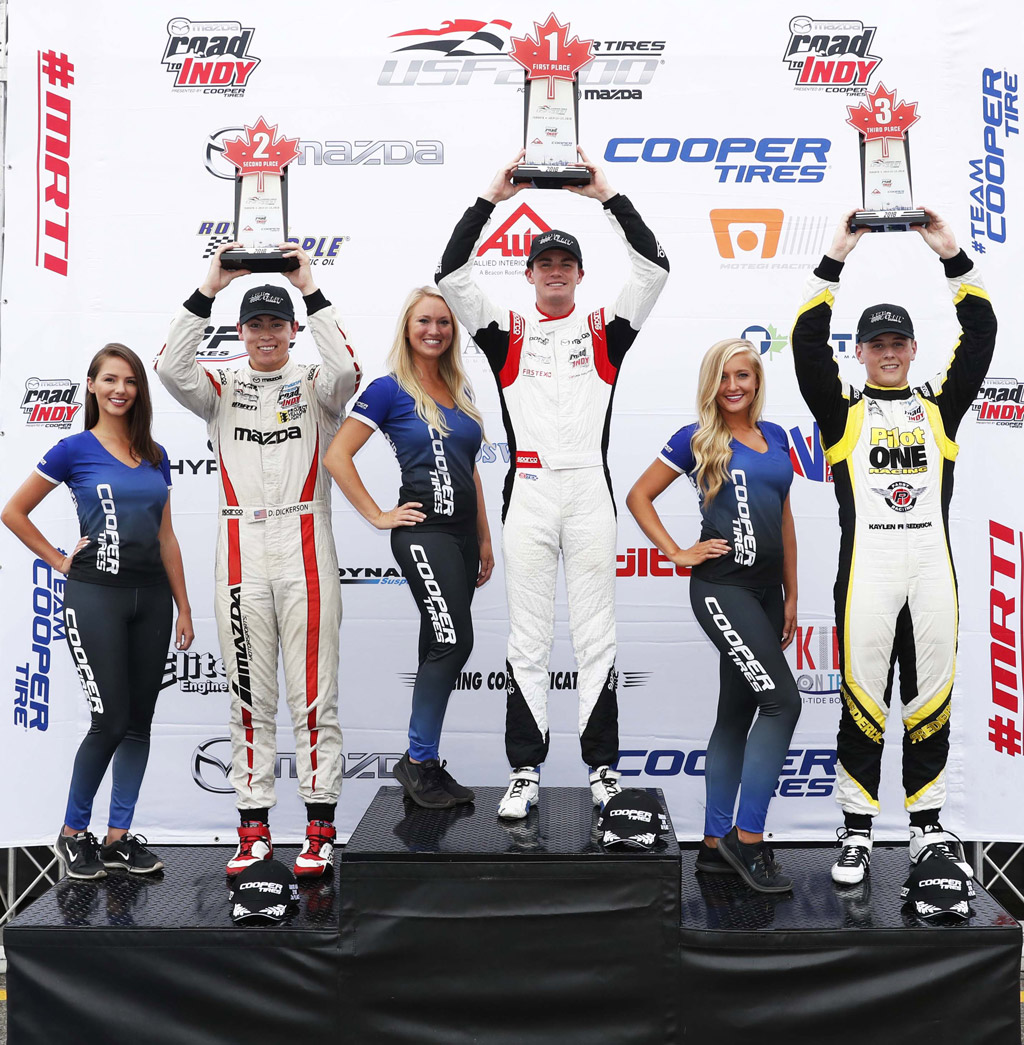 Kaylen Frederick (#24 Pilot ONE Racing-Pabst Racing Tatuus-Mazda USF-17): “Everyone just slotted in behind Dakota Dickerson at the start, so I found myself stuck on the outside of Turn 1. I was also hit and that put me off a bit, but I was able to catch back up to Rasmus in P3. I got around him and after that, much energy was spent defending third position. I had lost time to the leaders, so I couldn’t reduce my gap until the last few laps. It wasn’t the best day today but I’m on pole tomorrow so I’m hoping to make something happen there.” 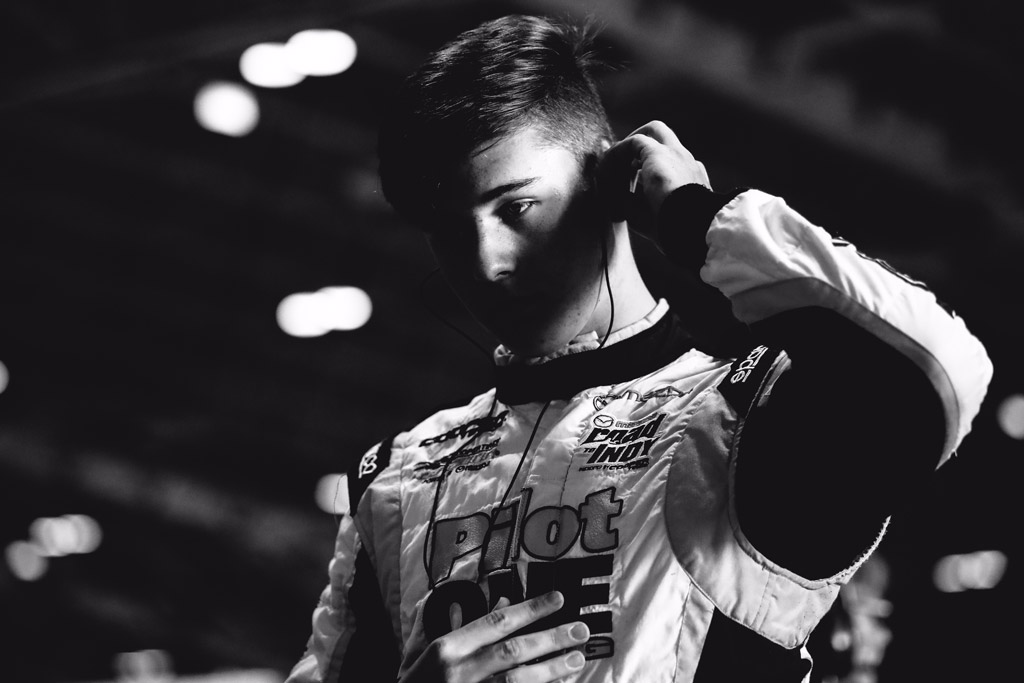 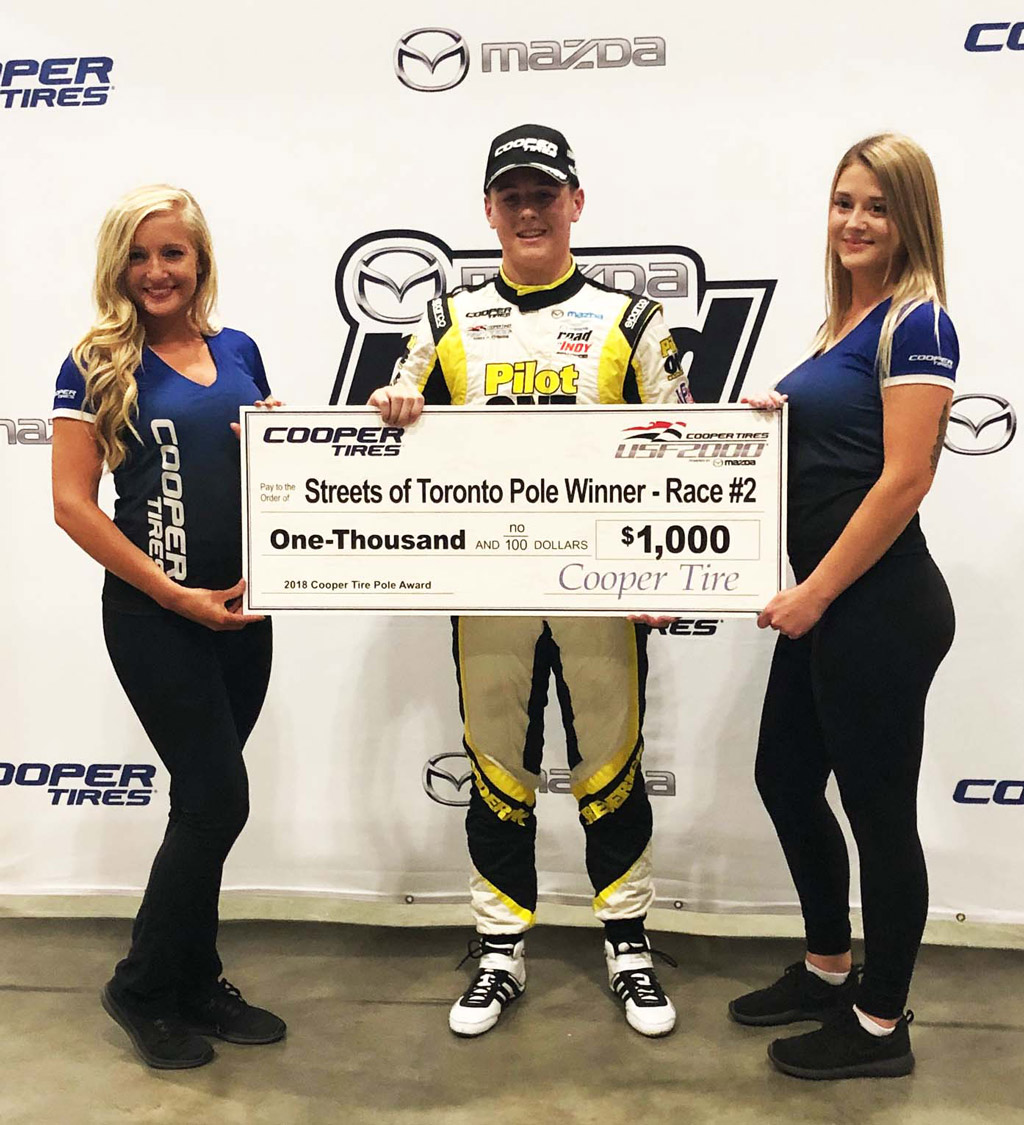 Maryland teenager Kaylen Frederick (Pabst Racing) posted the fastest time in qualifying on the Saturday before the Cooper Tires USF2000 Grand Prix of Toronto Presented by Allied Building Products. Unfortunately, his hopes of translating his maiden pole into a long overdue first victory evaporated at Turn 3 on the opening lap when he left his braking a fraction too late while attempting to hold off Keith Donegan (BN Racing). In the same turn, Donegan locked brakes and traveling past Kaylen made contact with the wall on the outside of Turn 3. Although Frederick rounded Turn 3, he found his trajectory blocked by the pinned car of Donegan, collided and took damages on his front wing. Once free, Kaylen took chase in 15th position. Following a front wing replacement, Kaylen worked his way up to fourth when another late braking overtake in Turn 3 led Kaylen into the escape road. Re-entering in 12th position in the closing minutes of the race, Frederick worked his way up to eighth position securing valuable points and retaining his 2nd place in the USF2K 2018 Championship.

Event Details:
https://www.usf2000.com/schedule/2018-championship/rounds-10-11-12
Up next, Kaylen and Pabst Racing’s USF2000 Series team will compete at the renowned Mid-Ohio Road Course, July 26th – 29th. Follow Kaylen Frederick and Pilot ONE Racing on Instagram, Twitter and Facebook to stay up-to date on the latest news and developments.