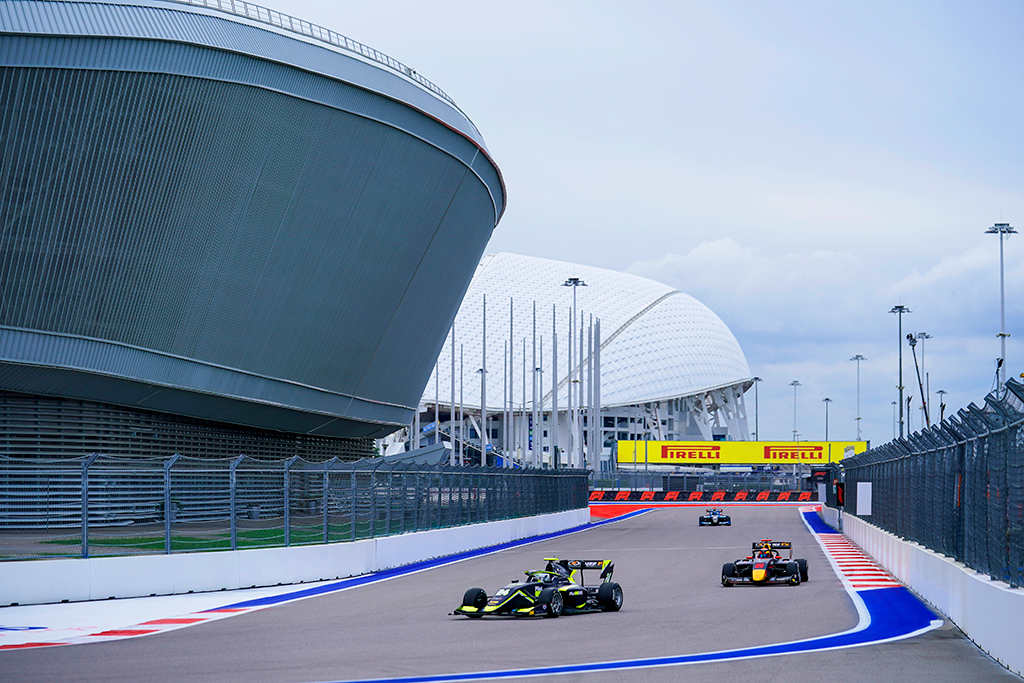 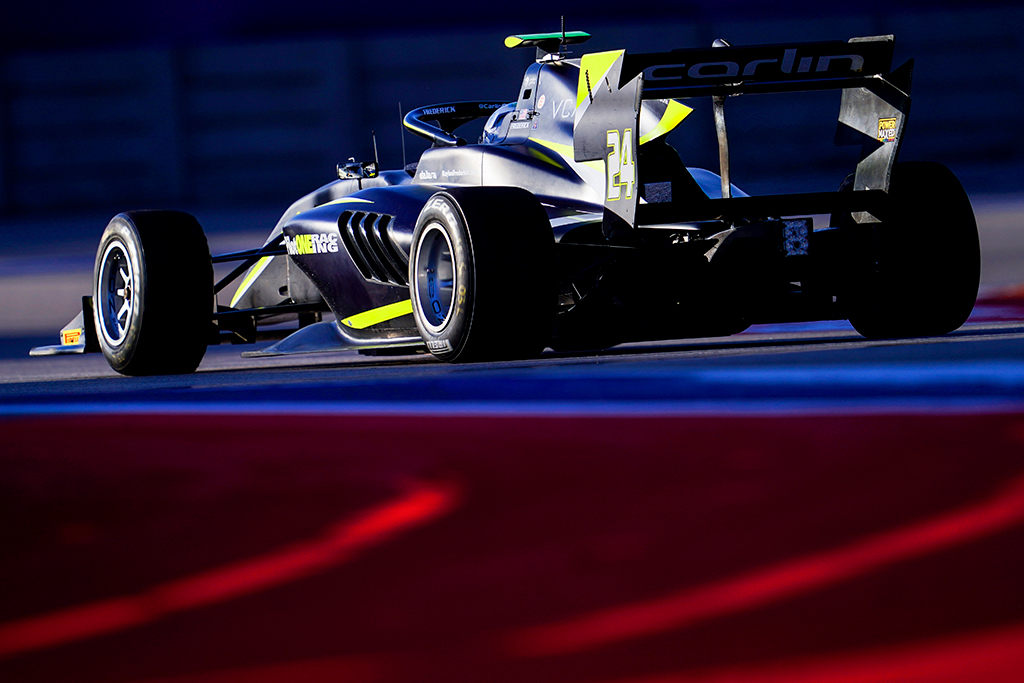 Under sunny skies in FIA F3 in Sochi, Russia on Friday, Kaylen pushed hard in the qualifying session placing 22nd in Carlin No 24. Loving the F3 Dallara in the fast corners, the team struggled to make it FAST on a full lap.

Race 1 at Sochi, Russia: Starting 22nd, Kaylen Frederick made a determined start and secured 16th place within the first lap with a series of well-placed passes in three turns. Nearing the end of lap 1, Rasmussen lunged on the inside and put both drivers into a spin, with Rasmussen into the wall. Rasmussen’s Dallara F3 was damaged, and he retired his race car in the same lap. Although the car was now damaged Kaylen returned to the race in 29th at the rear of the field and was able to continue. Advancing steadily, Kaylen seized positions lap after lap eventually finishing the race in 23rd. Overall, 12 positions gained.

Canceled due to heavy rain, flooding, and poor visibility. 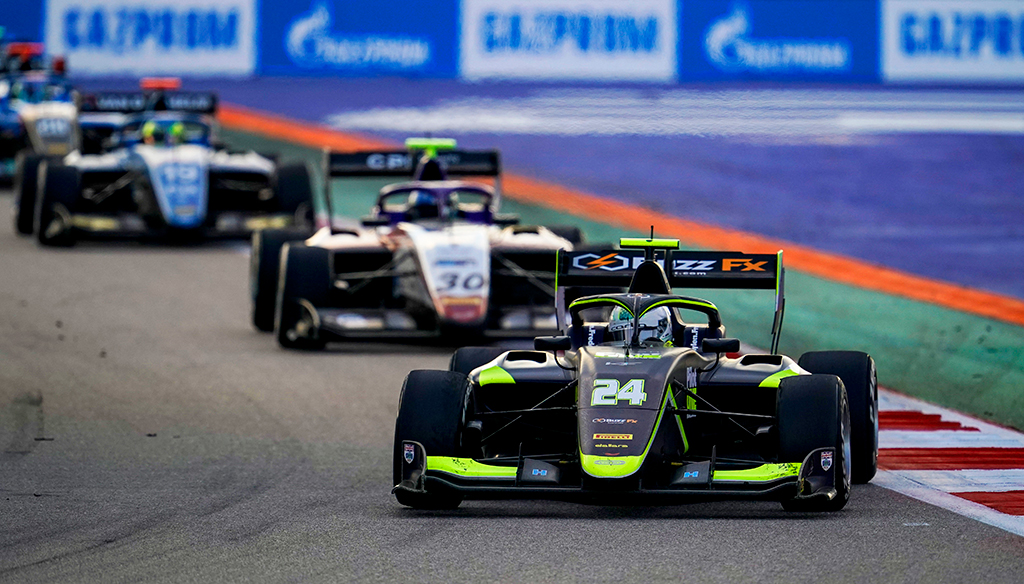 From the 22nd place at race start, Kaylen gained 2 positions in Turn 1. From there Kaylen would steadily move forward in the field of 30 drivers. Using DRS (Drag Reduction System) and the strong draft of the cars in front, Kaylen repeatedly gained positions in overtakes on both the inside and outside. The draft at Sochi allowed a .9 second advantage in lap time. In the closing 3 laps of the race, Kaylen overtook a car with a 7 second gap ahead of him. Now squarely in the front of a column of cars with draft and DRS advantage, fought to keep the others behind. With a well fought defense Kaylen finished the race in 13th position with a total of 9 positions gained. 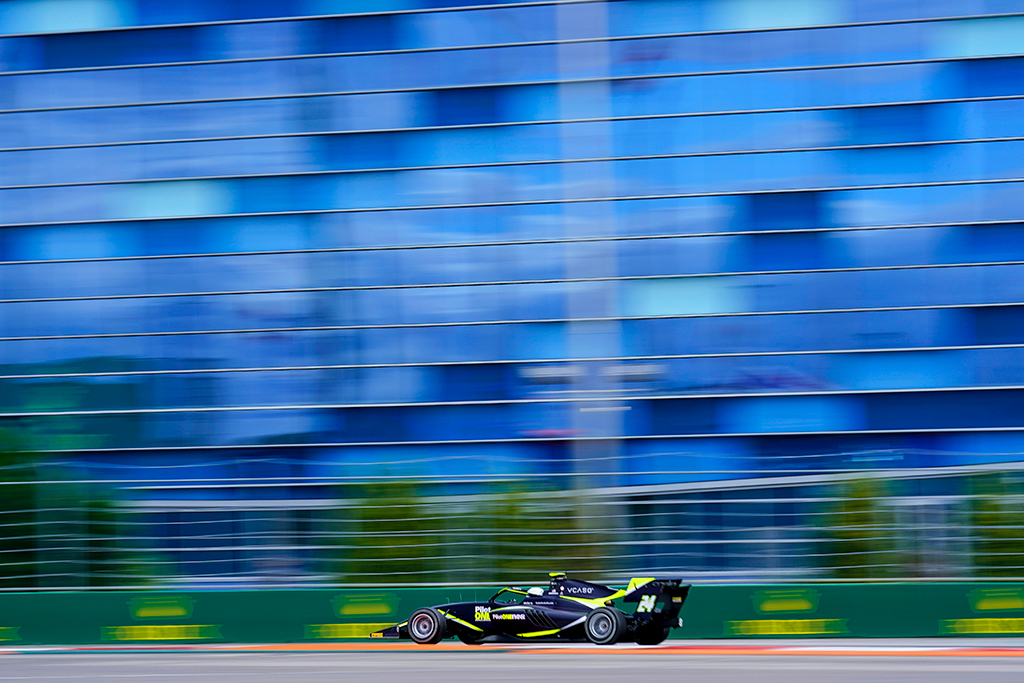 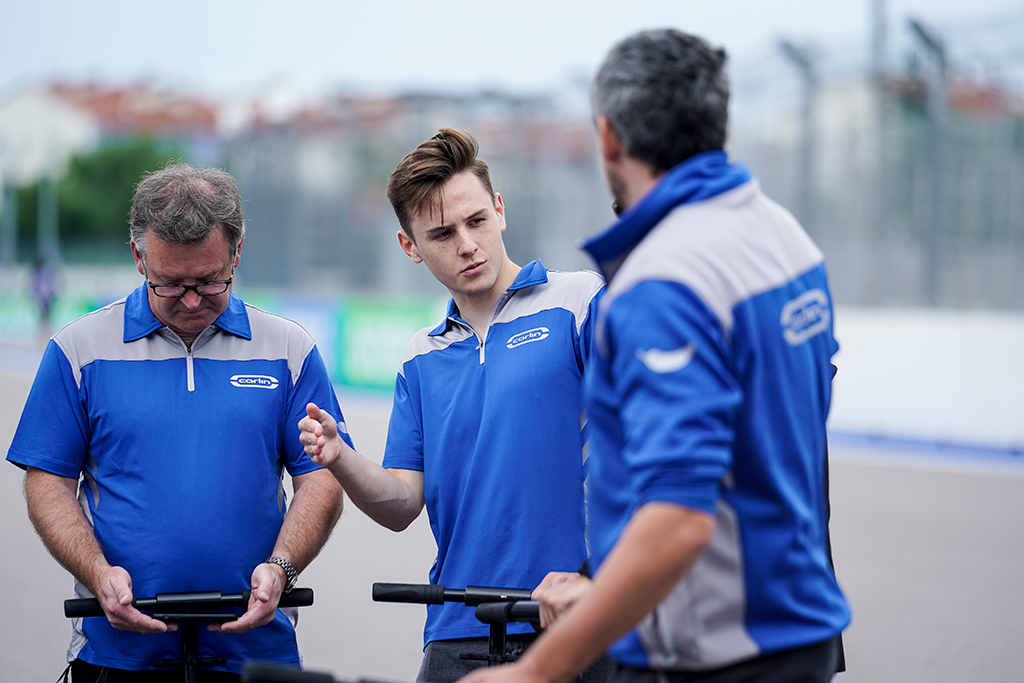