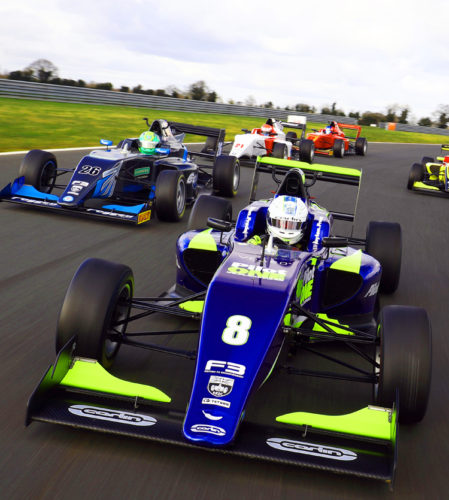 Carlin’s Kaylen Frederick claimed the fastest time of the BRDC British F3 Media Day, with a lap time of 1m43.705s in the final session at Snetterton.

The American driver, returning to the championship for a second season with the reigning champions was just 0.016s ahead of Fortec’s Christian Olsen, who in turn was just over a tenth of a second clear of Frederick’s teammate, Brazilian Guilherme Peixoto. Olsen went fastest briefly with five minutes to go, only for Frederick to find a little extra pace and go top moments before a light rain shower denied the field a chance at further improvements.

Read the full article on britishf3.com »